Back to all posts

PS the Rebels Bring Social Awareness to Hip-Hop, All the Way From War-Torn Kenya

PS the Rebels call their sound Afro Hop. As the name suggests, it's a fusion of Afrocentric music with a blend of hip-hop. Think Fela Kuti meets classic hip-hop. But it's more than a name: Pihon and SamUiLL, the two letters in "PS," are brothers who migrated from Kenya in 1996. “There was so much war,” Pihon remembers. “It was turning into a life or death situation. We had to leave. We were refugees.”

That worldliness, and the sense of conflict, comes across in PS the Rebels' music. They pepper it with field recordings of world music from indigenous countries and villages. Their lyrics take on heavy subject matter, sometimes in a futuristic way. For example, their video for “The Chant,” a single from their first album, The Great Migration, imagines the world decades from now. “World Police” follows a man from an indigenous tribe into what turns out to be an ambush.

Swahili is their native tongue, but they learned British English living in colonized Kenya.... 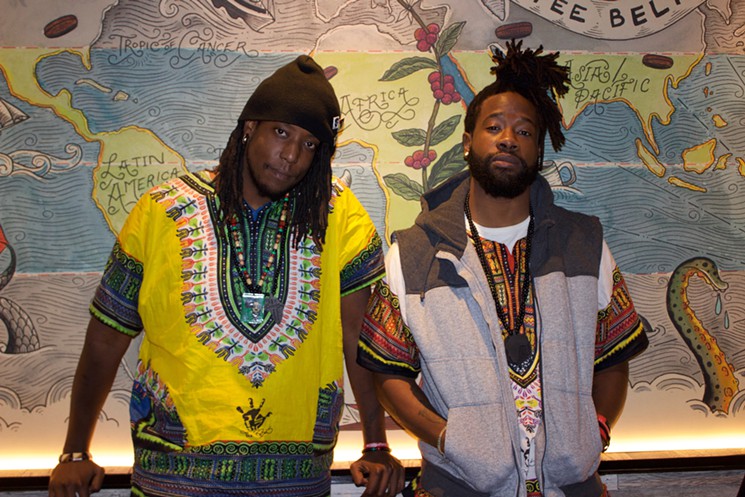